The Commission on Accreditation of Medical Transport Services (CAMTS) specifies several standards for pilots of air ambulances. These standards exist to ensure that pilots are aware of the unique challenges of working in an air medical aircraft and with a medical flight crew.

The training that air ambulance or helicopter EMS (HEMS) pilots receive makes them valuable members of the air medical team. They are capable of far more than simply flying the aircraft and can be invaluable in assisting you as they are able while you care for your patient. That being said, their number one job is to fly the aircraft safely.

These pilots should have an ATP (airline transport pilot) rating. This is the highest civilian pilot rating available. Those certified to fly in instrument meteorological conditions (IMC) utilizing instrument flight rules (IFR) must be recertified every six months.

For each flight-ready aircraft that is in operation, four flight-ready pilots should be available. In reality, they will often work in shifts with strict hourly limits and backup pilots available on-call for fatigue, illness, injury, or excessive call volume. For helicopter operations, these pilots must have a minimum of the following:
•    2000 overall flight hours, 1500 of those hours must be in a helicopter. The rest may be in a fixed-wing aircraft
•    1000 hours as the pilot in command (PIC)
•    200 hours of nighttime flying

Similar to many workplace policies for EMS organizations, pilots also have standards when not on the job that must be maintained in order to fly. Bottle to throttle time is a phrase that has become a mainstay in the aviation industry and is important for you as the flight paramedic to know. Bottle to throttle time is the minimum time requirement (8 hours) a pilot must have between completing their last alcoholic drink and flying an aircraft. Their blood alcohol level must be under 0.04 as tested with a breathalyzer or a urine specimen. Random drug testing is also done on a regular basis.

Air Medical pilot training is typically general air medical operations, but further training required will vary depending on the location of the air medical program where the pilot will be operating the aircraft. An example would be mountainous terrain orientation and training versus a flattened landscape closer to sea level with artificial obstructions such as office buildings and radio towers. Instruction is specific to the operation of the airframe (what kind of helicopter), safety issues with the local environment they operate in, and special training in the interactions with local EMS agencies and hospitals. Some of their specific areas of training include: 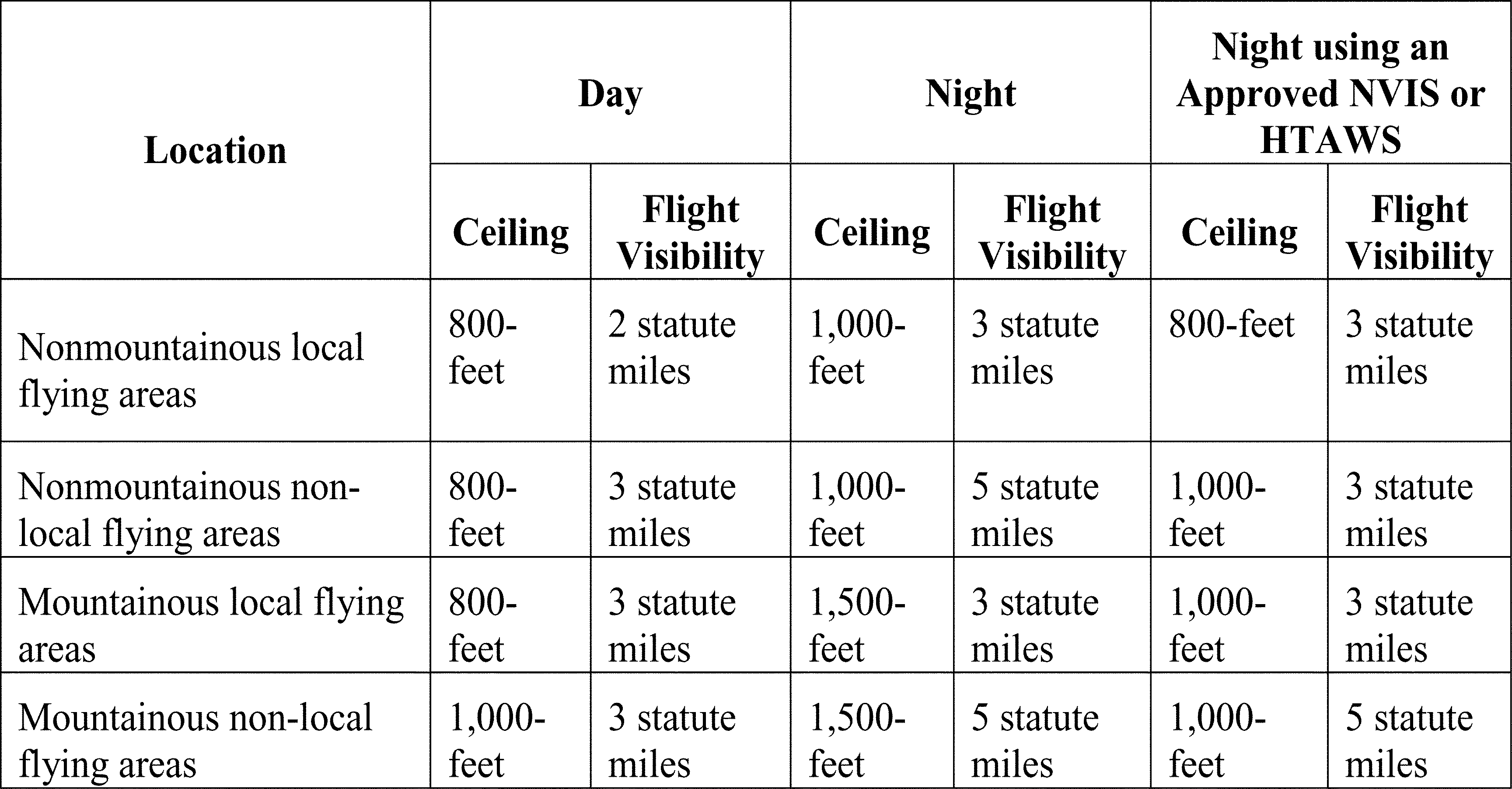 Air medical pilots are tasked with knowing the capabilities of the aircraft and the conditions in which it can safely fly. This responsibility extends to all crew members who work in or on the aircraft, as all crew must be trained to recognize and report potentially unsafe conditions.

When it comes to flying, the most critical information for non-pilots is knowing the difference between visual flight rules (VFR) and instrument flight rules (IFR) and how instrument meteorological conditions (IMC) impact both.

Visual flight rules (VFR): The ability to navigate an aircraft by direct visualization of landmarks through line-of-sight. In short, the ground/water must be unobstructed by cloud layers/fog. If you cannot see the ground, you are not flying in conditions approved for VFR.

Instrument flight rules (IFR): The ability to navigate an aircraft without ANY visual input from outside the aircraft in a safe and controlled manner.

Apparel and safety equipment for helicopter EMS (HEMS) pilots is standardized and largely identical to that of the medical crew; this will be further reviewed in other sections.