Despite the advances in technology and changes in the culture of aviation that have led to a dramatic increase in the safety of air medical services, accidents can and do still occur. This section will focus on the basic management of in-flight emergencies and share some information that can increase your chance of survival if the unthinkable occurs. 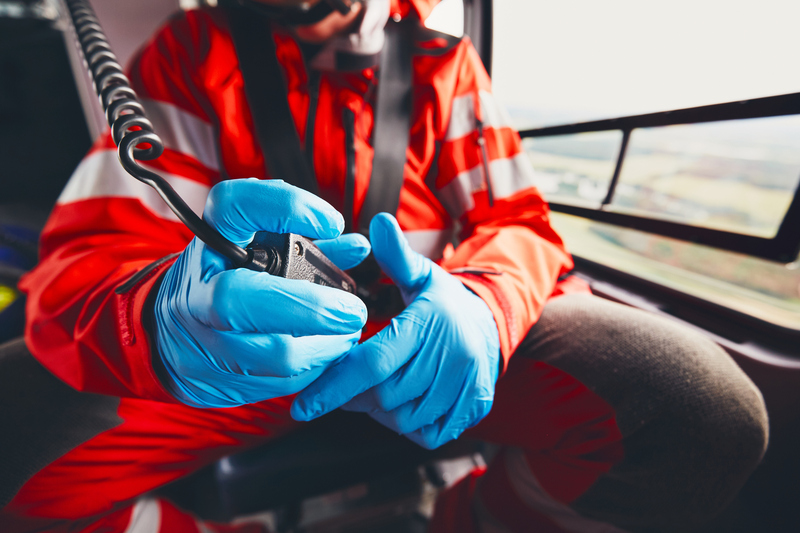 The mayday frequency for an aircraft in distress is 121.5MHz. It is very important to know if something goes wrong during any stage of flight. You should also be aware that you do not need to be in a dire emergency to call a mayday. Some things may seem small, but when you are in an aircraft at any level above ground or water, that seemingly small problem can turn into a significant emergency rapidly. The mayday frequency should be used in this situation to alert air traffic control (ATC) and maritime agencies such as the U.S. Coast Guard. All civilian pilots are trained on the proper usage of 121.5MHz.

If the pilot indicates something is wrong and an emergency landing or "hard landing" is imminent, preparing for impact is essential. The following should be performed:

After a crash, there is a detailed process for an emergency shut-down of the aircraft. The following are some things to plan for and train on. Always review your agency's policy and procedure on these as some may have some differences. They are in the order of how they should happen immediately after a crash has occurred:

Personal survival skills are essential for all flight crew members. In the event of a helicopter or plane crash in a rural landscape, having the knowledge of what to do can mean the difference between life and death of those on board after the impact. After the post-crash procedures have been addressed, perform the following:

The "Rule of Three" is commonly cited in survival manuals to illustrate the importance of shelter and the order of priorities in survival.