Next Unit: The Cardiac Cycle 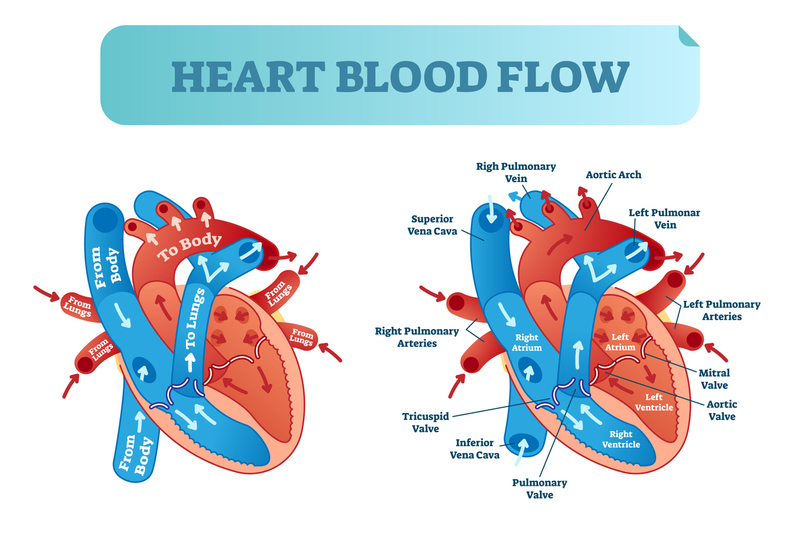 CARDIAC CYCLE: The cardiac cycle is made up of two phases, systole, and diastole.

PULSES: The body presents with two types of pulses, peripheral and central.

BLOOD PRESSURE: The blood pressure is quantified by two numbers in a fraction 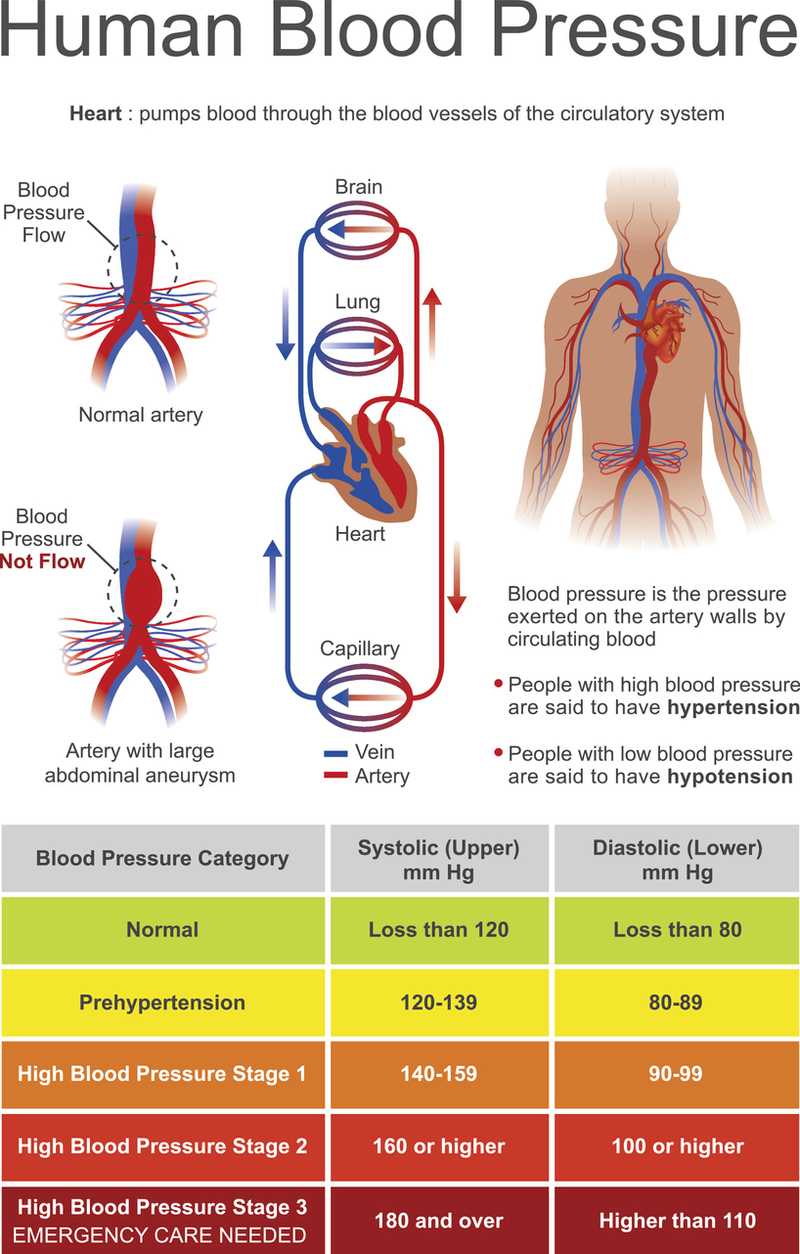 TOP NUMBER (Systolic): refers to the amount of pressure in your arteries during contraction of your heart muscle.

BOTTOM NUMBER (Diastolic): refers to the amount of pressure in your arteries during the relaxed period between beats. The diastolic pressure is sometimes referred to as the end-diastolic pressure, indicative of the baseline vascular resistance in the body's tissues.

PERFUSION: The measure of the saturation of tissues with oxygenated blood.

It is dependent upon correctly functioning red blood cells that carry oxygen-saturated hemoglobin to the tissues and cells of the body, as well as sufficient rate, pump (contraction force), and volume.

The heart is, in essence, a double organ:

RIGHT SIDE of the HEART

The RIGHT ATRIUM pumps deoxygenated blood to the RIGHT VENTRICLE.

From the right ventricle, the blood is pumped to the lungs via the pulmonary arteries. Returning from the lungs where oxygenation took place, the oxygen-rich blood is drawn into the LEFT ATRIUM.

LEFT SIDE of the HEART

The LEFT ATRIUM pumps oxygenated blood to the LEFT VENTRICLE.

From the left ventricle, blood is pumped to the head and neck regions via the organ that pumps blood to the rest of the body.

The heart is a pump. Contractions of cardiac muscle constrict (contract) the chambers and the pressure within them increases, causing the blood to flow forward through paths of least resistance.

The flow from each atrium to its corresponding ventricle is a one-way flow, with backflow prevented by valves that open in only one direction, slamming shut to any pressure that would try to send blood backward ("retrograde"). These atrioventricular valves divide each atrium from its corresponding ventricle. Likewise, the outflow from each ventricle is guarded against backflow by the semilunar valves.

The heart has papillary muscles that connect to the cusps of the atrioventricular valves (tricuspid and bicuspid valves), via chordae tendinae and prevent the inversion or prolapse of these valves upon systole.

To illustrate: when the heart contracts, the increased pressure within

Likewise, the left ventricle forces the blood backward toward a closed mitral valve and forward through an open one-way aortic valve toward the aortic arch.

The blood that comes to the right atrium comes from the

By the time these large veins dump into the right atrium, they have already had contributions from the liver veins (the Portal System) and the lymphatic ducts.

The blood that returns from the lungs gets to the left atrium via the Pulmonary Veins.

Don't get confused: this arrangement, besides fetal circulation, is the only one in which arteries are oxygen-poor (pulmonary arteries) and the veins are oxygen-rich (pulmonic veins).

The Heart as a Pacemaker

The heart is an unusual muscle in that it has a structure called the Sino-Atrial Node (SA, or sinus node). It regularly fires off nerve conduction bursts on its own but is also under modification by inputs from the autonomous nervous system through both the sympathetic ("fight-or-flight") and parasympathetic ("rest-and-digest") nervous systems.

Normal Sinus Rhythm: generally, the 60-100 beats/minute via the SA node. The SA node is in the right atrium near where the superior vena cava enters.

To act as an effective pump, it is important that all 4 chambers aren't contracting at exactly the same time. Therefore, the spread of electrical stimulation originating in the SA node allows a sequential contraction sequence among the 4 chambers that generally moves

From the SA node, branches travel this R → L and inf → sup route.

From the SA node, there are nerve branches to the L atrium and down to the atrioventricular (AV) node, and from there down the HIS Bundle from which branches then go on to spread throughout the ventricles as the Purkinje Fibers.

admittedly, not a lot, but enough to stagger the contractions such that the vector flow of blood is in the OUT OF THE HEART direction!