Next Unit: Introduction to A&P 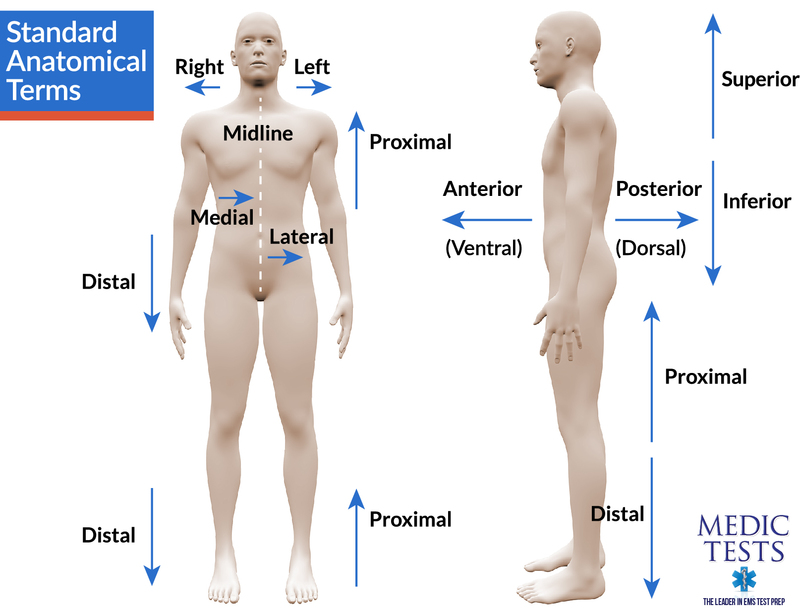 A standard system for describing the location and position of a given body part was created to ensure accurate and specific communication across all areas of healthcare. These terms are "patient-oriented," meaning the term "right side" refers to the patient's right side and vice versa.

The image to the right provides an excellent visual guide to these terms.

Example: The dorsal fin of a dolphin is on its back.

Example: The nipple is medial to the armpit.

Example: The neck is inferior to the head.

Deep and Superficial refer to the depth of an object or structure within the body. It is usually used to classify penetrating objects and lacerations.

Example: The muscle is deep to the skin."

Distal and Proximal are terms that describe the location of a structure in relation to another structure on a limb. A distal structure is further away from the attachment point of the limb.

Example: The ankle is distal to the knee.

Planes of the Body 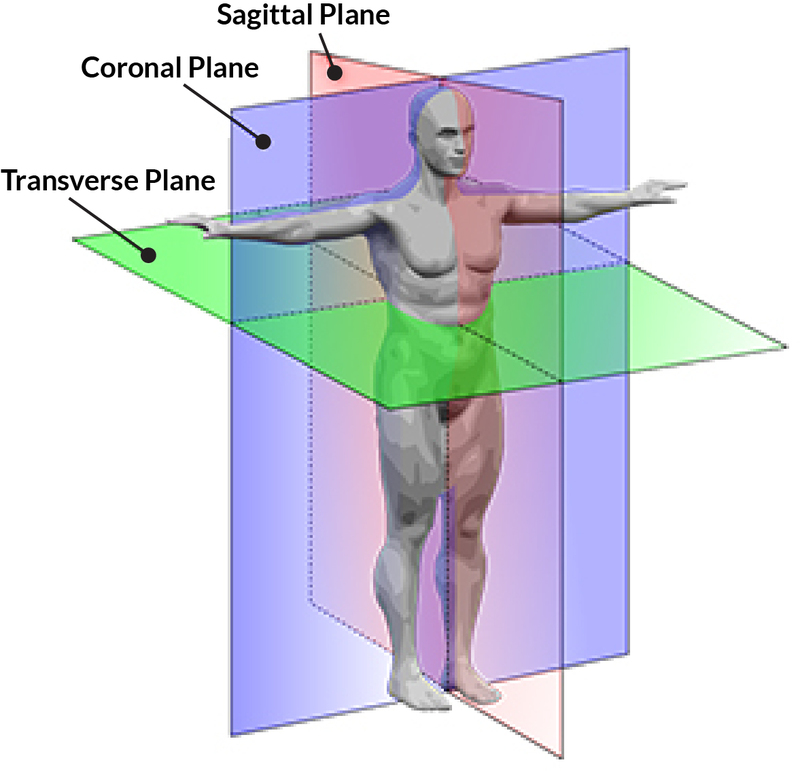 Anatomical planes are imaginary lines used to divide the human body. These are used to describe the location of structures or the direction of movements. They are less commonly used in EMS practice than the anatomical terms but still regularly appear on registry exams.

Frontal or Coronal Plane is a vertical plane that divides the body into the front (ventral) and rear (dorsal) halves.

Saggital or Lateral Plane is a vertical plane that divides the body into left and right halves.

The transverse or Axial Plane is a horizontal plane that divides the body into upper (superior) and lower (inferior) sections. It is perpendicular to the frontal and sagittal planes.