Next Unit: Pediatric Anatomy and Physiology 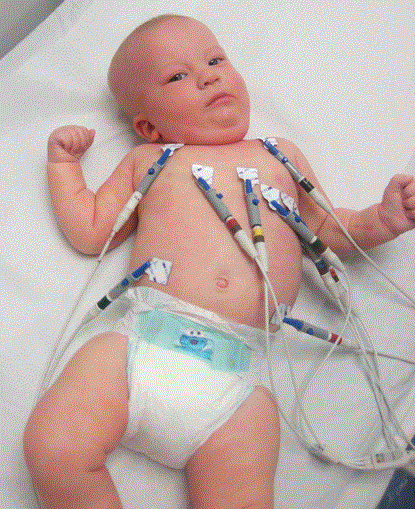 Believe it or Not!

Supraventricular tachycardia (SVT) is a common non-arrest dysrhythmia seen in children, especially during infancy, and is the main cause of cardiac-related instability. Most infants with SVT will outgrow the syndrome without lasting effects. History of the complaint is the key to proper distinction between SVT and rapid sinus tachycardia. The onset of SVT will usually show up in a normal child that is suddenly deteriorating with no history of a recent illness or injury. However, it must be carefully evaluated to ensure that proper treatment is implemented.

You do not want to cardiovert or administer adenosine to a child that is experiencing a fast sinus tachycardia and not SVT. Was the child sick? Think Sinus Tach! The best treatment modality will be aimed at discovering and correcting the underlying cause.

1. Patient History: The history of events leading up to calling for EMS assistance can offer valuable information in choosing the correct treatment modality for the child:
(SAMPLE format works well when acquiring a pertinent history)

2. Heart rate: Sustained heart rate during the event
(Check out the Q & D Guide to Pediatric Assessment for an awesome vitals chart and other useful pedi-info)

Sinus Tachycardia is normally secondary to:

SVT seen in children may be of several types:

Signs and symptoms during supraventricular tachycardia are affected by the child's age, duration of the SVT, prior ventricular function, and ventricular rate.
Infants with sustained episodes of SVT will present with:

If a child is hemodynamically stable and cooperative vagal maneuvers may be effective and are safest; such as:

IMPORTANT NOTE: An absolute contraindication to adenosine is sinus tachycardia (ST). Dehydrated patients, especially infants and young children with fever, failure to thrive, and/or an infection may appear to be in SVT, when in fact they’re barely compensated with a sinus tachycardia with a rate that may be greater than 180-200 bpm. Patients that are experiencing rapid sinus tachycardia are at high risk for morbidity and mortality if adenosine is administered. Contact medical command early!

"Treat the patient and not the monitor" 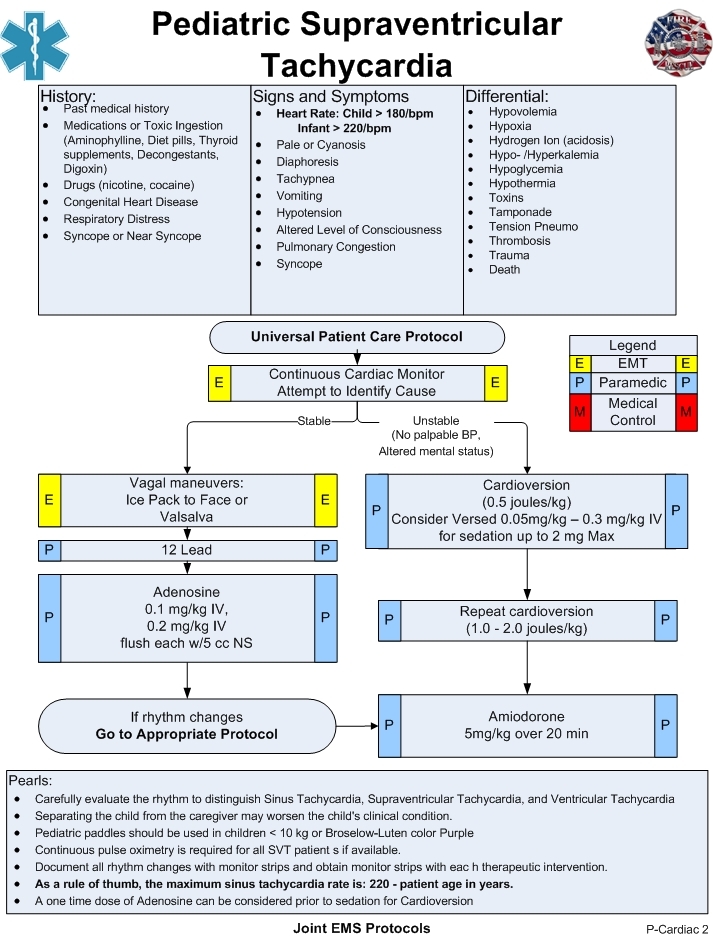