Next Unit: Seizures, Adult and Pediatric

The most commonly encountered pediatric emergencies are: 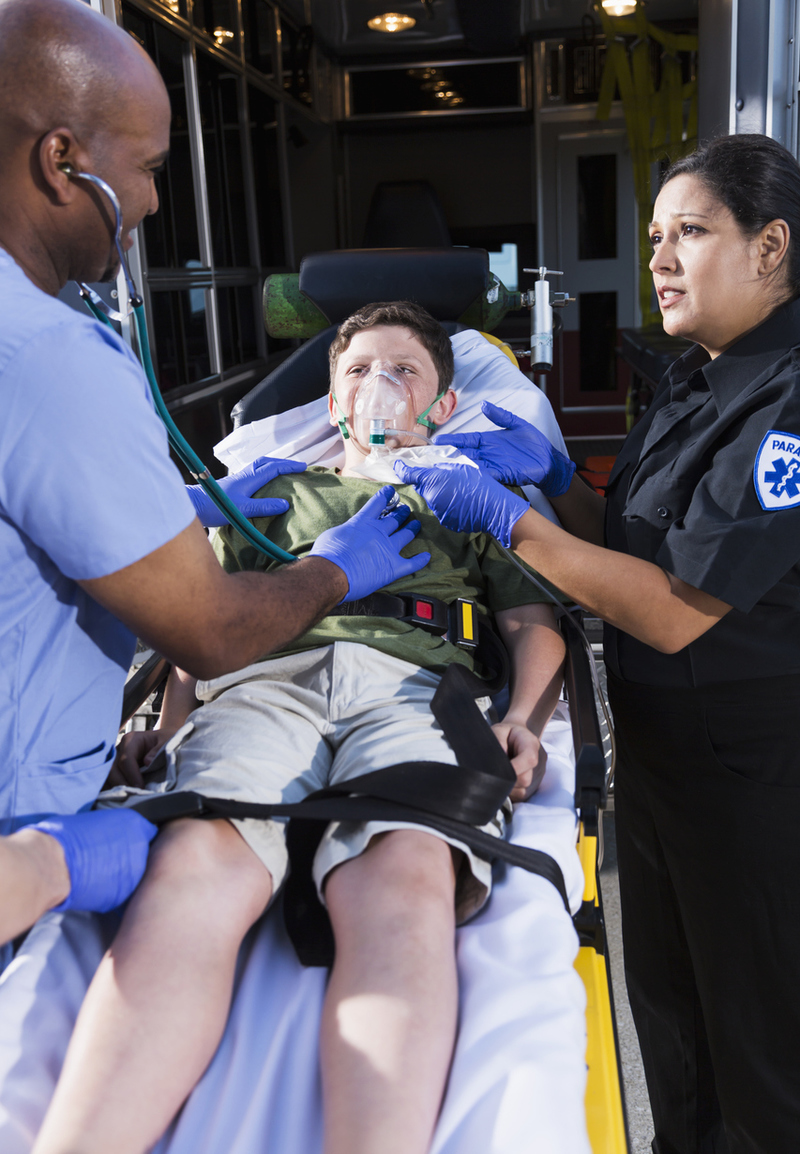 In respiratory emergencies, use the knowledge you get from your physical findings in conjunction with getting a good history from the patient and his family.

Respiratory complaints account for the majority of cardiopulmonary arrests in children. Therefore, always be vigilant for signs of compensation or shock and be prepared to intervene sharply as kids tend to compensate very well for a period of time, but when they become exhausted, they can crash quickly.

When dealing with respiratory problems in the pediatric patient, it is essential to remember that:

Upper airway obstruction is common in young people and is primarily caused by swelling of the tissue or foreign bodies. (Excessive secretions, such as in asthma, are not upper airway but throughout the bronchopulmonary tree.)

Also, the disproportionate anatomy (as compared to adults) contributes to upper airway obstruction occurring more easily due to:

The modification of the jaw thrust that makes it modified is establishing in-line stabilization of the head and neck to move the jaw forward with a minimum head extension.

An oral airway can keep the tongue from obstruction as well.

The patient may require supplemental oxygen or assisted ventilations with a bag valve mask.

Noteworthy infections that can cause respiratory distress, failure, or arrest are:

Both croup and epiglottitis can result in sitting upright, drooling, and fever.

Epiglottitis patients can deteriorate VERY RAPIDLY to a complete airway obstruction. Therefore, the conventional wisdom is to use BVM 100% O2 and get to the hospital with frequent reassessment, ready to intubate at any time.

Pediatric shock (hypoperfusion) is the state where the body has insufficiently oxygenated blood getting to tissue.

Children with shock may have normal blood pressures.

Hypotension must be rapidly identified because those with low blood pressures typically deteriorate rapidly to undergo cardiovascular collapse and cardiopulmonary arrest. Measurement with a manual cuff may be more accurate for children with circulatory compromise.

PULSE PRESSURE: When the blood pressure is normal (as can be in compensated shock), shock can be suggested by changes (widening) in the pulse pressure.

Narrow pulse pressure: < 30 mmHg when diastolic pressure is increased due to a compensatory increase in systemic vascular resistance (in hypovolemic and cardiogenic shock).

When the cause is respiratory, the problem lies in getting oxygen to the blood and should be treated by

When there is oxygen getting to the blood but there is insufficient blood volume due to trauma, infections, or excessive fluid loss via vomiting/diarrhea,