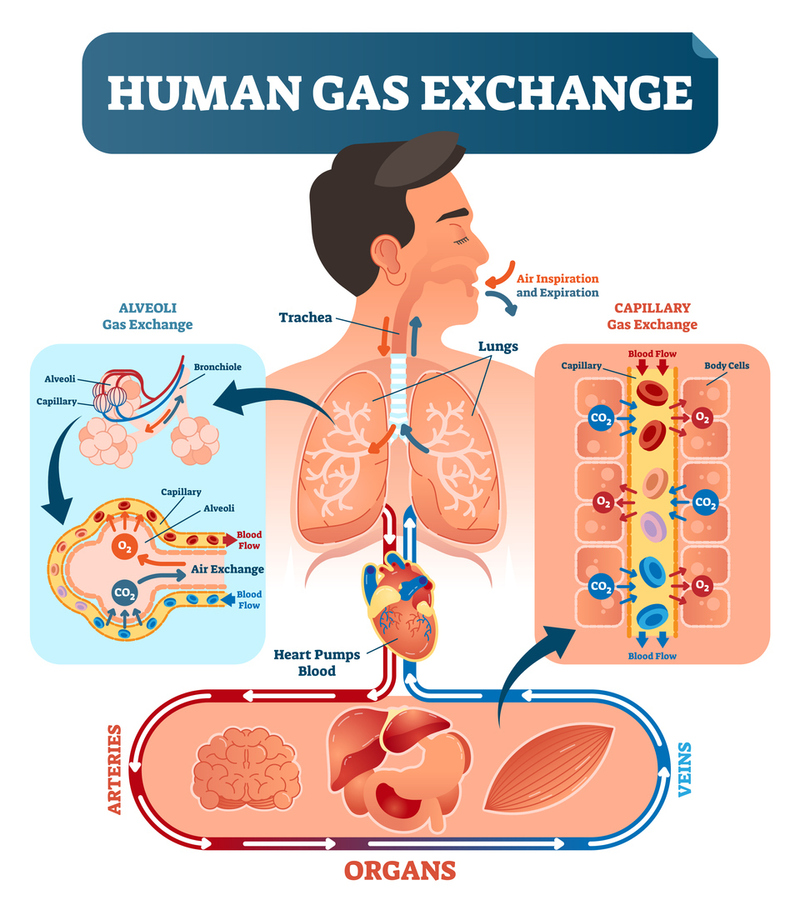 Cells in our body can only survive in a specific pH range. pH is a measure of how acidic/basic a fluid is. The pH scale ranges from 0 to 14, with 7 being neutral. A pH less than 7 is more acidic, whereas a pH greater than 7 is more basic. The process of oxygenation, ventilation, and respiration are central to maintaining this acid/base balance. Without proper oxygenation, the body will create vast amounts of lactic acid. Without ventilation, oxygenation is impossible, and the body cannot expel carbon dioxide. Without respiration, there is no gas exchange in the lungs or the cells.

This section will focus on the respiratory system's basic physiology and its role in balancing the acid-base status. Critical care transport providers often deal with severely ill patients that are both ventilated and have severe abnormalities in their acid-base status, making this information critical to the care of your patients.

Oxygenation is the process of taking oxygen from the outside air and delivering it to cells. It is a complex process that relies on ventilation, external respiration, internal respiration, and the function of the circulatory system. This section will cover the basic steps of oxygenation and the factors that affect oxygen transport in the blood.

The main steps required for the oxygenation of cells are as follows:

These same steps reverse to transfer carbon dioxide from the cells into the atmosphere. The only difference is that a larger portion of carbon dioxide travels in the plasma instead of being bound to hemoglobin. 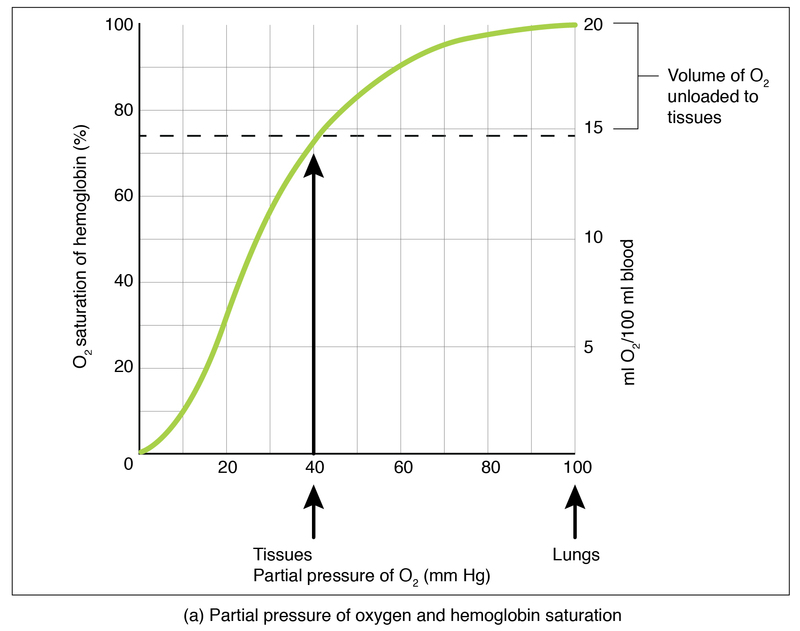 These shifts are relatively unimportant in healthy individuals. Still, in critically ill patients being cared for at altitude, minor changes in the binding of oxygen to hemoglobin can cause hypoxia and acidosis if they go uncorrected.

A better way to remember these factors is to consider their purpose. Oxygen binding is higher in the lungs to encourage oxygen uptake. It is lower in the capillaries to encourage oxygen release into the cells. In the lungs, there is a lower temperature due to outside air, lower carbon dioxide levels, and a more alkalotic environment due to the aforementioned loss of carbon dioxide. These factors all lead to increased oxygen uptake from the environment to the hemoglobin in the lungs.

Ventilation is the process of physically moving air in and out of the lungs. It relies on a patent airway, the muscles associated with the thoracic cavity, and multiple systems that keep the microscopic air passages in the lungs clear of debris and obstructions.

Inspiration, moving air into the lungs from the environment, is an active process. It requires the use of muscles, specifically the diaphragm, intercostals, trapezius, and neck muscles. These muscles expand the chest cavity, lowering the pressure within the chest and pulling air into the lungs through the trachea like a vacuum.

Exhalation, the process of moving air out of the lungs to the environment, is a passive process. The natural elastic recoil of the lung tissue pulls the tissue together after the muscles used for inhalation are relaxed. The intercostals in the chest wall also assist with this process as they help pull the ribs closer together.

External respiration is the goal of ventilation. Oxygen present in the alveoli diffuses into the oxygen-poor blood in the lungs, and carbon dioxide from this same blood diffuses into the alveoli. This exchange relies on sufficient blood flow, alveolar surface area, and the presence of a large volume of air.

Internal respiration is the process of oxygen diffusing from the capillaries into the body's various cells. This process is driven by the massive amount of oxygen attached to hemoglobin and the relatively low oxygen levels in the fluid surrounding the cells. Internal respiration also refers to the process of creating energy from oxygen and disposing of waste products from said process. This information is complex but vital to your understanding of acid-base balance in the setting of shock.

The process of creating energy from oxygen is known as aerobic respiration and occurs as follows:

Creating energy without oxygen is known as anaerobic respiration and occurs as follows: