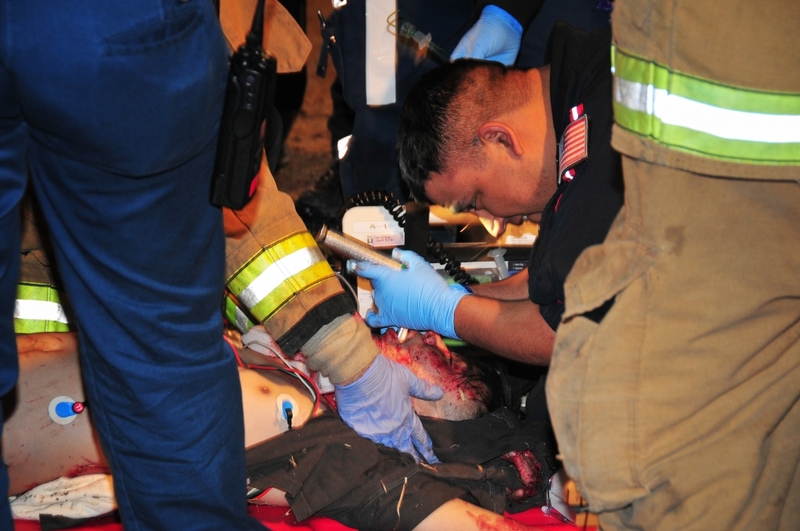 Intubation is indicated when the patient's airway is blocked or compromised or cannot oxygenate or ventilate independently.

An unresponsive patient that is snoring, choking, or gurgling will likely require intubation because they cannot protect their airway. One of the best clinical indicators of a potentially compromised airway is a Glasgow coma score at or below eight.

Expected deterioration is a common reason for intubation. Patients with severe head injuries, penetrating neck injury, airway burns, severe overdoses, or multisystem trauma may be intubated to control the airway before clinical deterioration.

The decision to intubate may be overcomplicated by a provider's assumptions about the severity of an illness or the expected clinical course of a patient. These decision-support tools can be used to ensure that an evidence-based decision is being made that will best serve your patient.

Three main algorithms attempt to determine the best approach to intubating a patient. These are the rapid sequence induction (RSI), crash, and difficult airway algorithm. Each of these algorithms terminates in either ventilation and oxygenation or failure and alternate airway access.

Choosing an algorithm only requires two questions, is your patient conscious, and do you anticipate a difficult airway?

The RSI algorithm is the "default" intubation option. It is used in conscious patients and can be optimized with positioning, oxygenation, and medication before intubation occurs. OTHER UNITS WILL REVIEW the RSI algorithm and its components in detail. 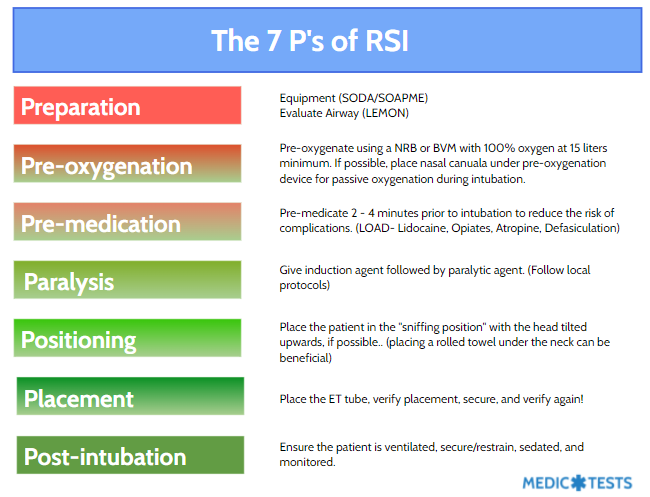 The crash algorithm is used if a patient is unconscious despite sternal rub, has severe disruptions in vital signs, or signs of poor end-organ perfusion and shock. This algorithm has you attempt oral intubation before the administration of any medications. This is done due to the highly time-sensitive nature of the patient's vital signs and airway status. Only after an initial failure do you administer medications before re-attempting intubation. 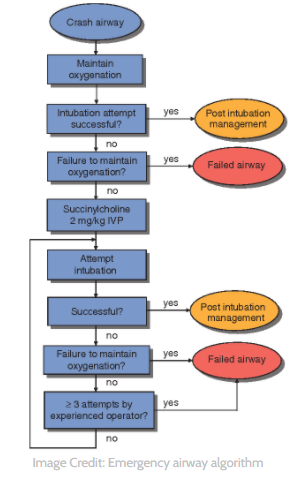 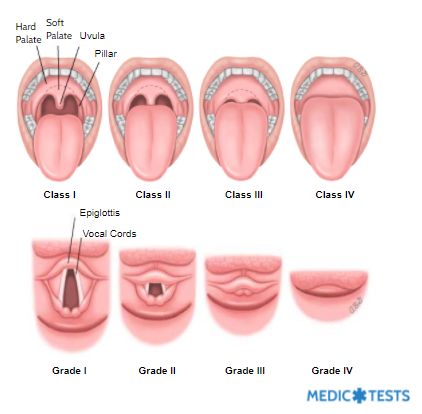 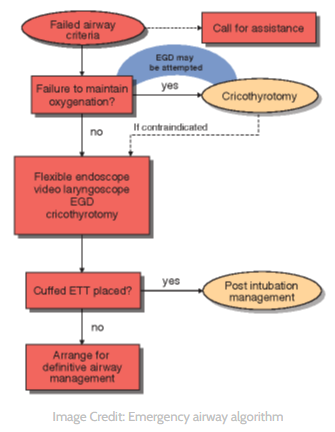