This section will review some of the neurological conditions commonly encountered by critical care and flight paramedics.

CVA is a term that refers to the loss of blood flow to a section of the brain due to damage to or blockage of the blood vessels. Patients with CVAs almost always present with some form of neurological finding and can have severe systemic complications.

There are three types of CVA's

Assuming a patient's ABCs are initially stable, assessing disability is vital. This gives the receiving facility an indication of what level of treatment is likely to be required.

The in-transport treatment of any CVA is focused on maximizing blood flow to the brain, minimizing intracranial pressure elevations, and managing any complications that place the airway at further risk.

Most skull fractures are rarely serious on their own but suggest that severe injury to the brain may also be present.

Impacts strong enough to result in skull fractures lead to many potentially fatal complications that are reviewed in other sections. Intracranial bleeding, seizures, and cerebral edema leading to severe elevations in ICP are all very common. Patients could be transferred from a scene prior to stabilization requiring aggressive ICP reducing interventions or may decompensate while in transit between a smaller and specialty facility. Meningitis, encephalitis, and damage to cranial nerves and blood vessels may occur days to weeks after injury and could result in an inter-facility transfer by critical care ambulance.

Facial fractures are closely related to skull fractures. The trauma that leads to one can easily cause the other. The same complications as skull fractures exist. Facial injuries also risk airway compromise due to swelling in and around the oropharynx. 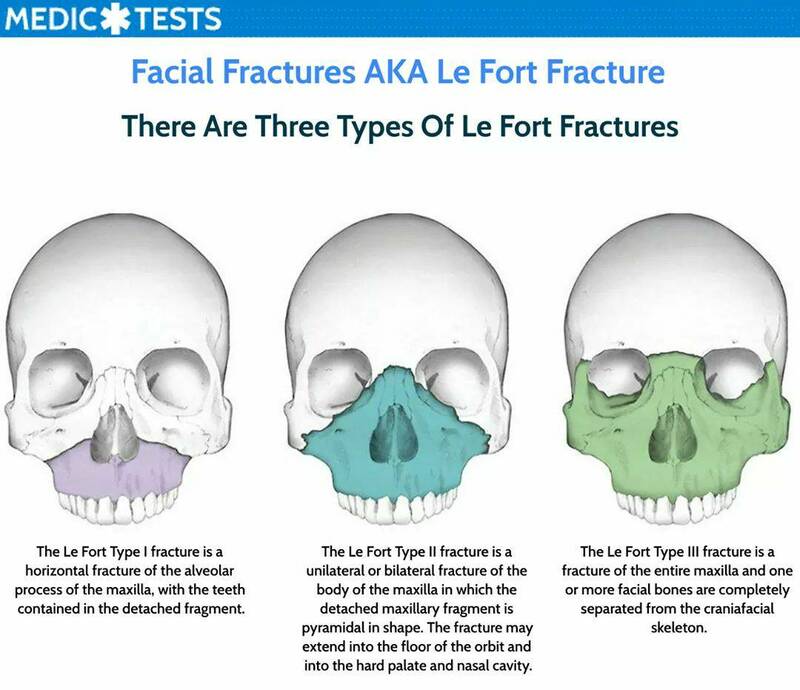 Facial fractures are classified by "LeFort categories." These fractures can lead to a sensation of facial "mobility" with palpation and diffuse bruising over the face. All LeFort fractures are a contraindication to airway access via the nose, and all have a significant risk of airway compromise.

Consider early intubation for patients with severe LeFort fractures and close monitoring for any patient with facial trauma.

Three primary spinal cord syndromes are seen in the air medical setting; all are managed with conservative measures.

There are two main complications of spinal cord injury that can lead to an acute change in patient status neurogenic shock and autonomic dyslexia.

Neurogenic shock tends to occur acutely right after the injury. Loss of sympathetic innervation below the injury leads to vasodilation and resulting hypotension. Neurogenic shock can occur any time after injury.

Autonomic dysreflexia tends to occur in patients living with spinal cord injury for several weeks to months. The presence of a noxious stimulus (such as a full bladder or skin injury) that the patient cannot physically feel due to sensory nerve disruption leads to a dramatic sympathetic response.

A coma is a state of deep unconsciousness that lasts for a prolonged period of time. Rarely patients in a true coma may be transported by critical care services between hospitals. More commonly, a patient will have a low Glasgow coma score that does not improve with any intervention. These patients are often referred to as "comatose," but the correct technical term in the EMS setting is "persistently unresponsive."

Any medical condition or injury that leads to damage or dysfunction of the cells in the central nervous system can lead to a coma. Some of the most common causes encountered in the critical care and air medical setting are reviewed here:

In transport, managing an unconscious or unresponsive patient is focused on monitoring and securing the ABCs. The airway and breathing are always compromised in these patients, and intubation is universally required if the altered state cannot be quickly reversed.

In the persistently unresponsive patient:
- Monitor ventilation and ensure no acute changes occur due to altitude changes or failure of the endotracheal tube/tracheostomy.
- Maintain spinal immobilization in patients suspected of having a spinal injury.

Acutely unconscious patients will generally get the following diagnostic tests done before transfer to another facility. Post intubation blood gasses and X-Rays should be obtained.

The typical presentation of a seizure follows a predictable pattern:

The treatment of the acute seizure episode is focused on supporting and protecting the patient while attempting to terminate seizure activity. All seizures are treated similarly regardless of their etiology. If there is a known underlying etiology, treating that is the best way to prevent recurrent seizures.

GBS results from the death of the myelin cells that surround the axons in the peripheral nerves. It commonly occurs after an acute infectious illness or several days following the administration of certain drugs. It is suspected to be the result of an autoimmune process.

GBS almost always presents as a weakness that begins in the lower limbs and progresses towards the trunk. This is known as "ascending" paralysis.
- Deep tendon reflexes generally disappear in paralyzed areas.
- Women are affected 5x more often than men.
- An acute diarrheal illness or nonspecific viral illness usually occurs several days before symptoms develop.
- Patients with paralysis ascending into the trunk generally begin to exhibit signs of gradual respiratory failure.

Patients that do not have respiratory involvement rarely require any emergency measures. These patients rarely end up in critical care or air medical ambulances. Those with severe respiratory involvement should be intubated and sedated prior to transport. Altitude and the reduction in the patient pressure of oxygen combined with having to lie flat can lead to respiratory failure in a slowly decompensating GBS patient. Attention to the airway and breathing is the only specialized care required for GBS patients.

MG is the rapid fatigue of muscles in the body due to the blockade of the acetylcholine receptors in the neuromuscular junctions. This blockage occurs due to the creation of antibodies against these receptors by the body.

Weakness, fatigue, and intolerance of exercise are the primary signs of MG.

Myasthenic crisis is the presence of a severe exacerbation of this weakness that begins to affect the diaphragm and other chest wall muscles. This leads to potentially rapid respiratory failure.

MG patients undergoing critical care transport are generally in a myasthenic crisis. They should be intubated and sedated prior to transport as respiratory failure will be exacerbated by supine positioning and altitude. 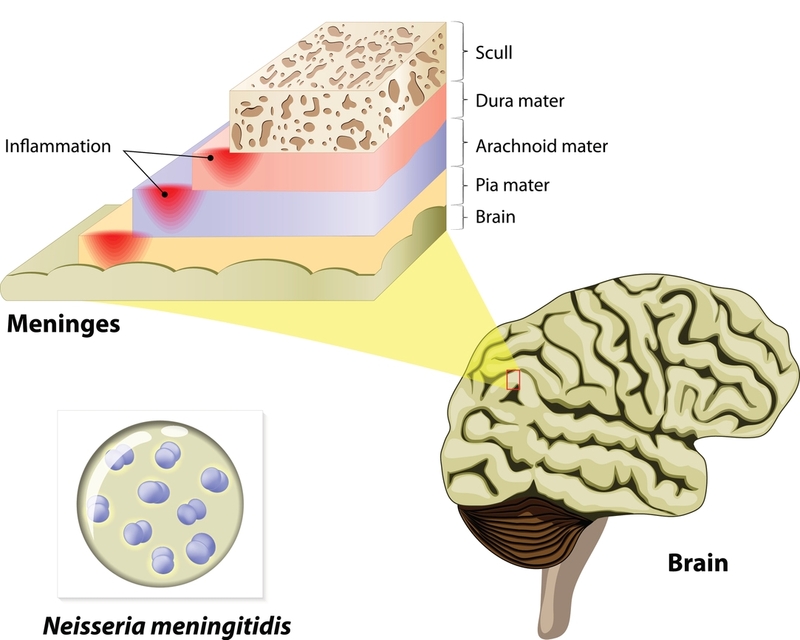 Meningitis is inflammation within and around the lining of the brain. A bacterial infection is the most common cause of severe acute meningitis leading to critical care transport. Viral infections, fungal infections, and autoimmune syndromes are less common but still dangerous causes of meningitis.

Meningitis tends to progress rapidly and has very specific signs and symptoms in many patients, unlike many conditions.

Treating meningitis is focused on initiating antibiotics, antivirals, or antifungals early. Monitoring for and treating complications of infection take precedence in transport and early in the patient's hospital course. Often these patients will be stabilized and transferred after antibiotics and other anti-infectives have been initiated.

Encephalitis is inflammation of the brain tissue itself and often results from meningitis. Viral meningitis due to herpes or varicella-zoster generally leads to the most severe forms of encephalitis.

Generally, encephalitis presents with the signs and symptoms of meningitis listed above. In the rare case of encephalitis existing without meningitis, symptoms may not include the signs of meningeal irritation such as neck rigidity, the Kernig sign, and the Brudzinski sign.

Managing a patient with encephalitis is nearly identical to managing meningitis. These patients will typically be intubated and sedated due to the extreme risk of rapid decompensation.

Severe elevations in ICP are more common in patients with both encephalitis and meningitis instead of a single condition alone.