The AEMT has an expanded scope of practice compared to the EMT, this scope includes the administration of several medications that are not routinely given by EMT's in most jurisdictions. Naturally, the medications AEMT's can administer includes all those that are given by EMT's, for information on those medications (albuterol, aspirin, epinephrine, oral glucose, naloxone, and nitroglycerin) see the EMT medications unit. This section will focus on Glucagon, anti-nausea medications, and IV formulations of several EMT level medications. 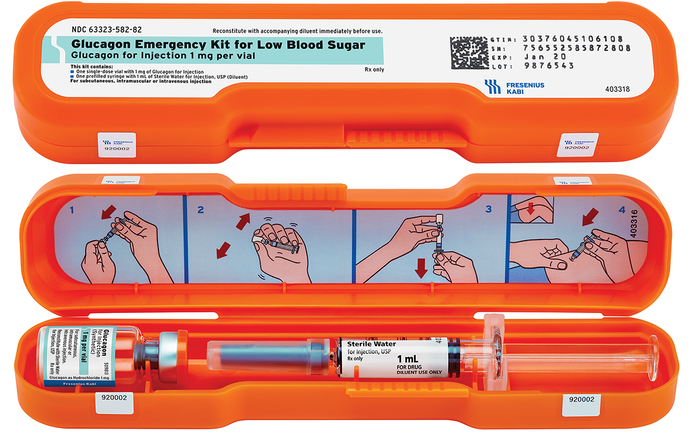 Glucagon works by stimulating receptors on a variety of cells that promote conversion of carbohydrates in the body into glucose, relaxes smooth muscle, and increases the heart rate without requiring stimulation of the alpha and beta receptors that are normally responsible for increasing the heart rate.

Hypoglycemia is the most common indication for glucagon use. Glucagon delivered intra-muscularly is the preferred treatment for hypoglycemia due to its rapid administration and rapid onset. Many patients with chronic hypoglycemia or diabetes (who are taking hypoglycemic medications) are given IM glucagon kits to self-treat severe hypoglycemia.

Am overdose of beta blockers or calcium channel blockers are the other indication for glucagon administration. accidental ingestion by pediatric patients and accidental overdose in elderly patients leading to bradycardia, hypotension, and symptoms of shock are the indications for glucagon use.

Hypersensitivity (severe reaction or anaphylaxis) to a previous dose of glucagon or to lactose are the only contraindications to glucagon. If indicated it should be rapidly given due to the severe consequences of untreated hypoglycemia. If a contraindication exists establish IV access and give 50% dextrose as rapidly as possible.

The major side effect of glucagon is nausea and vomiting, this occurs due to glucagons smooth muscle relaxing effects which change the way the intestines pass food. This may become important if a patient with a decreased level of consciousness is given glucagon as they may be unable to protect their airway from vomiting leading to aspiration.

Allergic reaction and anaphylaxis is a rare but dangerous potential side effect of all drugs, glucagon included.

Beta-blocker or calcium channel blocker toxicity: 3 to 10mg IV bolus over 3 to 5 minutes followed by 3 to 5mg/hr infusion 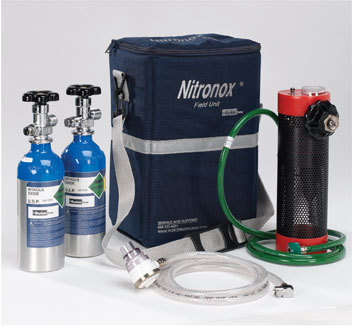 Nitrous oxide is a general CNS depressant that limits the ability of neurons to create action potentials, leading to overall sedation. It also has a secondary pain limiting action similar to morphine but with minimal respiratory depression at the doses used in the EMS setting.

Nitrous oxide is most commonly used in the surgical setting as a component of general anesthesia. It sees use in the EMS setting for general pain control in patients with severe injuries. It has a better safety profile than IV sedatives and is rapidly reversible by simple discontinuation of the medication.

Nitrous Oxide should never be administered without oxygen as the mild respiratory depression caused by the medication may induce hypoxemia if oxygen is not concurrently delivered.

Nausea and vomiting are the most common side effects of Nitrous Oxide with confusion, dizziness, and hypotension as rare side effects.

Nitrous oxide is dosed based on concentration, NO is used in the EMS setting as it cannot cause complete unconsciousness even at 100% concentrations. Concentrations of 25% to 50% with oxygen as the other 75% to 50% is the classic EMS dosing for general pain relief.

Administer Nitrous oxide with a non-rebreather face mask, bag valve mask, or advanced airway. There are many types of specialized mixing valves that will ensure the correct ratio of nitrous oxide to oxygen is being used. Start with a low concentration and work your way up as needed to control the patient's pain. 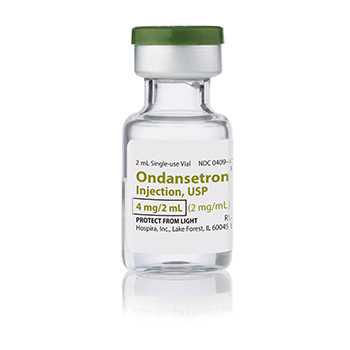 Ondansetron blocks the serotonin receptors present through the body and in the brain, especially in the areas that are responsible for detecting chemicals present in the blood. This has the effect of decreasing any sensation of nausea and the bodies resultant desire to vomit.

In the EMS setting ondansetron is used to reduce nausea in vomiting in nearly any patient that may be at risk for further health-related complications fo vomiting. Dehydrated patients, those at risk of aspirating, and those with suspected blood ph or electrolyte imbalances are the primary use cases.

The major contraindication for ondansetron is a prolongation of the QT interval on an EKG, while this is not routinely checked before giving the medication, it should be before repeat dosages are administered.

As mentioned previously ondansetron can prolong a patient's QT interval and predispose them to serious arrhythmia. This generally occurs 1 to 2 hours after administration and is heavily dependent on the dose given.

Serotonin syndrome is another uncommon side effect that may result from a serious interaction with other medications that affect serotonin receptors. If given to a patient taking antidepressants watch for changes in the level of consciousness, dramatic swings in blood pressure/heart rate, and sudden flushing of the skin and diaphoresis.

In Pediatric patients, the dosage of 0.15mg/kg up to a max of 16mg/dose should be used.

Oral administration may be considered if vomiting is not present, but the IM route is preferred. 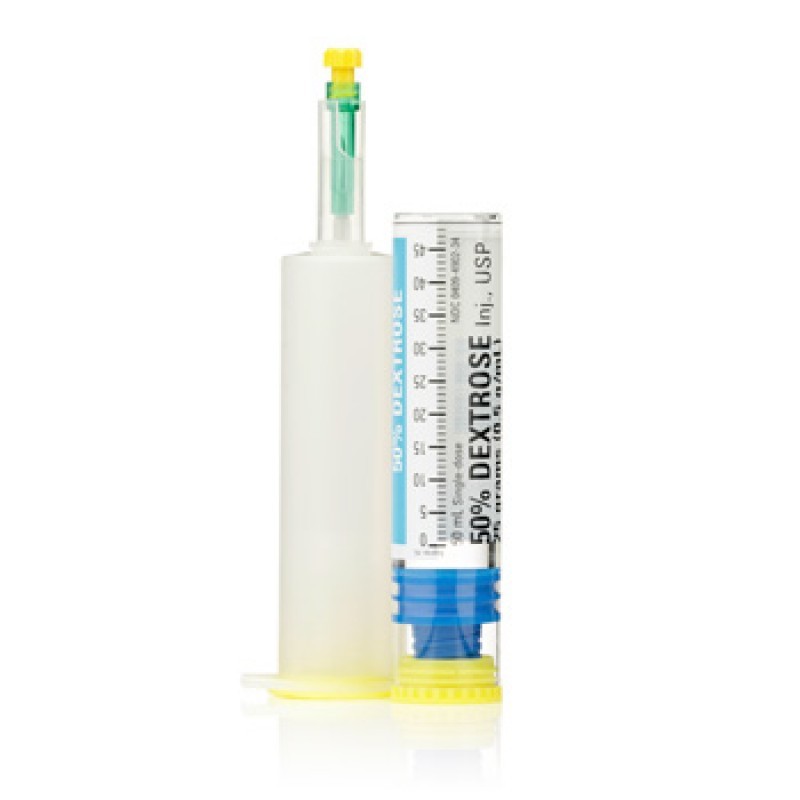 Dextrose is a carbohydrate very similar to glucose that can be rapidly converted to true glucose by the body for use as fuel.

Dextrose is most commonly used as an IV intervention for hypoglycemia when oral glucose cannot be tolerated due to decreased mental status or nausea and vomiting. Due to the importance of treating hypoglycemia dextrose is often given empirically is a patient is unresponsive for unknown reasons (coma of unknown origin). Other reasons to give dextrose are seizure of unknown origin and confused alcoholic patients in the form of a "banana bag" a yellow IV bag that contains dextrose and the vitamin thiamine.

Note that IV dextrose is a second line treatment for acute hypoglycemia in patients with no established IV access. If IV access is absent administer glucagon via the IM route as opposed to waiting to establish IV access.

Dextrose should not be given if increased intracranial pressure is suspected. The most common reasons for increased ICP are head trauma, bleeding in the brain (headache, progressive decrease in mental status, and focal neurological deficits). If a patient has stroke-like symptoms their blood glucose should be checked before giving dextrose via IV as stroke is a contraindication to dextrose administration, but stroke-like symptoms can result from hypoglycemia.

The most common side effects of IV 50% dextrose administration are a sensation of warmth or burning at the infusion site, this rarely occurs with lower concentration 5% dextrose solutions. As with all IV infusions leakage of IV fluid into the surrounding tissue can lead to edema or "thrombophlebitis" a clot in the small veins of the arm and resultant swelling.

50% Dextrose solution is given in 25g dosages, it is often carried in pre-filled syringes or single-dose ampules.