Next Unit: Quick And Dirty Guide To Working A Cardiac Arrest

ABC vs CAB: Which is Correct?

In 2010 the AHA made a radical change to how we approach CPR.  Up until then, we all lived by the trusty "ABC" (Airway, Breathing, Circulation) method of resuscitation.  Not surprisingly, though, the AHA's ongoing research began to show that compressions are the most important part of CPR and any delay or interruption resulted in worse outcomes.  It was also discovered that during CPR, the patient's blood stays oxygenated for 4-6 minutes after their last breath.  In response to this research, and in an attempt to simplify CPR for untrained laypeople, the AHA decided to switch our initial approach from ABC to CAB.  While this change is medically sound, it has caused a lot of confusion for healthcare professionals who regularly use ABC for other scenarios.  So, ABC vs CAB, which is correct? This post will explain the history of both approaches and when it is appropriate to use one over another. 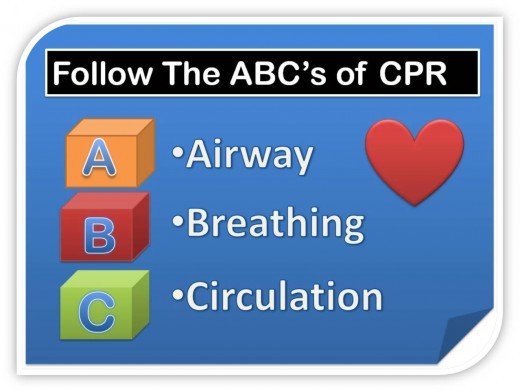 In 1973 the ABC model, originally popularized by Peter Safar, was adopted by the AHA as a mnemonic for first-aiders to remember the steps of CPR.  Over time, the ABC assessment was informally adopted by the emergency medicine crowd as the unconditional first step during an assessment.  ABC has fit the bill for the unique environment of emergency medicine because of its simplicity and its ability to immediately identify life threats.  Since its inception, we've happily used this mnemonic in every situation, from childbirth to chest pain. 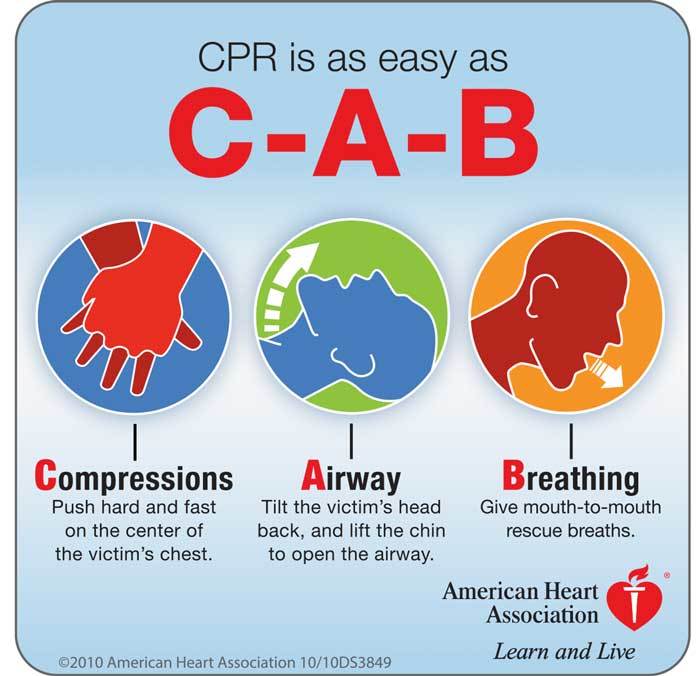 With indisputable evidence that compressions are the most important part of CPR, it is no wonder that AHA has been de-emphasizing airway and breathing.  In fact, in ACLS, the AHA has gone as far as to suggest that endotracheal intubation may not be as important as we once thought.  While it remains the ultimate airway, the AHA suggests BVM or supraglottic airway ventilation because they reduce the interruption of compressions.

In accordance with this paradigm shift, the AHA has changed ABC to CAB in the event of cardiac arrest.  Unfortunately, though, some healthcare providers have incorrectly interpreted this change in cardiac arrest to be a change that applies to every other medical call.  Some are under the impression that the AHA is the governing body over prehospital and emergency care, which is simply not the case.  CAB is no doubt a revolution in cardiac arrest care but it is not meant to change the way we approach our "normal" patients.

Here is a short list of examples of when ABC vs CAB should be used!

It does not have to be one or the other!  While ABC has been phased out by the AHA, it still is the de facto initial assessment used in every non-cardiac arrest call.  CAB, on the other hand, is now being used during cardiac arrest to remind practitioners and laypeople of the importance of compressions.  In general, it is not useful to confine yourself to one ideology "because they say so."  It is much more productive to understand each approach and use critical thinking to choose the best route for your patient.